Scenes from the AC Food and Wine Fest 2013

Hey Everyone! Last weekend I was invited down to partake in the AC Food and Wine Fest! Here’s a great slideshow of the weekend, from the Blues, Brews and BBQ event and the Grand Market! 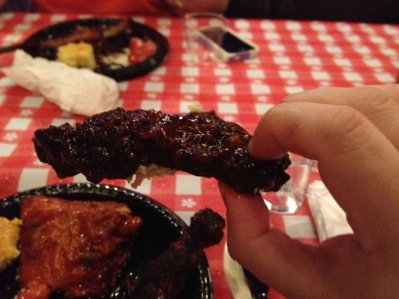 The Best Ribs I Ever Had

Fried Chicken and Cornbread from the Blues Blues and BBQ Event

The Jazz Band at the Blues Blues & BBQ Event 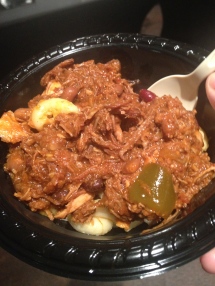 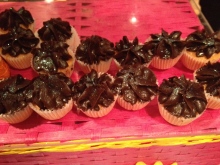 Once in awhile you hear about something ridiculous, like a burger with donuts as a bun or a $350 cheeseburger or something like that. You never think you will actually see these things in person, in the flesh, in real life. But sometimes…YOU DO.

Enter the Fried Peanut Butter & Jelly with Banana. Another one of my cousins, Jeanie, was telling me at her shore place, about this fried sandwich. She said I had to try it, that it was amazing. She had me when she got to the banana part. As we walked to the Boardwalk, I kept looking for the place she was talking about, called “Betty Scoops”. She had told me to get to the Boardwalk and go left. The problem was that she didn’t know if it was 2 blocks or 10, and no one else could really find it either. Other cousins had had it and didn’t particularly like it, while more others wanted to anoint the creator King Of The Universe. Needless to say, I was intrigued.

And then, last nite, we found it!

I tried to take pictures while they were making it, but I am short and there were about 400 kids in there with thier parents so I was shit out of luck. But, this is how it’s done: they make the sandwich, on white bread (save your “white bread it bad for you” bs, this is a fried sandwich, all nutrition had been killed by the slow clogging of my arteries), cut them in half (yes, you only get a half, cut diagonally) and then they freeze them.

They probably pull so many out of the freezer for the day and then have to pull more later. More on this in a bit.

They then toss it in funnel cake batter and fry the bejesus out of it, sprinkle it with sugar and voila!

It was hard to get a good picture because I was standing in the middle of the boardwalk, but you get the general idea. You really can’t taste the bread, it almost melds with the funnelcake to create some strange mutant being. As I took my first bite, I then understood why it’s just a half. Any more then that and it would be too much. Waaaay too much.

The insides meld together and mix with the funnelcake in a really lovely way. It isn’t that greasy, just kind of heavy. In my sandwich, the banana slices were still slightly frozen. I don’t think that’s the goal (other cousins have had it and said theirs wasn’t) but I liked it. The cool banana gave you something to actually crunch into and the temperature was a nice ying to the hot sandwich’s yang.

Would I recommend it? HELL YES. If you find yourself in Wildwood, look this sandwich up! I did, however, end up with some nasty heartburn, but I think that is because of all the other crap I ate as well.